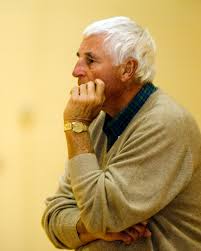 It is a cold day on March 14, 2000. The #6 seed Indiana Hoosiers were on their way to the NCAA Tournament in two days to play the #11 seed Pepperdine Waves. Bob Knight is coaching the Hoosiers for his 29th season soon on his way to the 30 year milestone. However, a report from CNN comes out that former IU player Neil Reed had been choked by Coach Knight three years prior. Though Coach Knight had denied the claims, a video was later published with him putting his hands on Reed. Later that year. Knight was fired by the Indiana University administration for his actions. Despite his controversial actions, 29 years of legacy with the Hoosier program was under his vision. Was it right for the administration to fire him?

To understand what Bobby means to Indiana University, there must … Read More »

From Super-Sub to Super-Manager: The Story of John Laskowski’s Lasting Impact Around Bloomington

John Laskowski isn’t your ordinary former athlete. He is a man of many trades and lived many lives throughout his 66 years on this planet. From being recruited by Bob Knight to play for Indiana, to becoming a broadcaster for Hoosier games for 3 decades, to now owning a Culver’s in Bloomington.

In his legendary tenure, Laskowski became more than just a former IU athlete to the people of B-town.

Laskowski first came to the city on a recruiting trip for the Hoosier basketball with new Indiana head coach Bob Knight back in 1971. He committed to IU after seeing the Kelley School of Business’s reputation along with being a walk on as a Hoosier. After graduating from Indiana University Bloomington, he played in the NBA, commentated for the Hoosiers for 33 years, and went into real estate. However, in 2018, he … Read More »