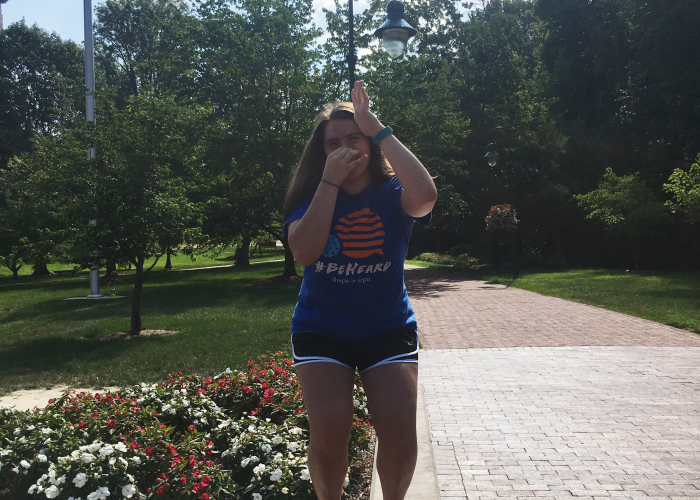 Swimmer Olivia Franklin discusses her passion for the sport while standing outside Franklin Haul at Indiana University.

The seconds ticked by on January 5th, 2017 as Sophomore Olivia Franklin reached for the wall knowing she was about to hit her personal record for swimming. Tears began forming as she took her last strokes for her mid-state competition. Out of 20 different swimmers she was within the top 10 of them for the 200 freestyle. The stress of the event made her personal goal even more of an ecstatic accomplishment. Her parents there cheering in the crowd, bragging about the achievements of their daughter along with the impressed parents. This event became a gift she had to give to herself.

“It was a mix between pure happiness and adrenaline,” said Olivia.

Starbucks Cups: More Uses Than One

Starbucks Cups: More Uses than One

Elizabeth Cheatham is a runner and cheerleader at Martinsville High School in Martinsville Indiana. These two simple sports are important to her everyday life, for example she runs because it is a major stress reliever to her. She also finds cheer leading important to her everyday life because of how close her team is and the strong bonds they share while relying on each other. Her enjoyment in food comes from her regular physical activity. She enjoys green apples, orange peels, and even eating entire lemons.

Elizabeth lives on a farm with her parents, two older sisters, two younger twin brothers, and three dogs including a new German Shepard puppy. Although taking care of all of the … Read More »