The entire crew spends months preparing for a show, starting even before the actors show up. These people all have individual backgrounds and … Read More »

A Taste of IU Bloomington 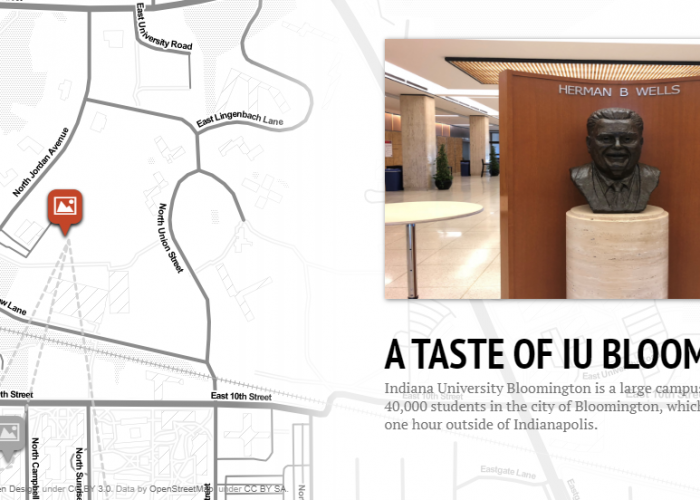 HSJI at the Lawrence County Fair

Students in the Multimedia class at the High School Journalism Institute at Indiana University traveled to Bedford, Indiana, to tell stories about the Lawrence County 4-H Fair.

Click on the image below to view our interactive map with videos of six different stories from the fair.

Persuasion: An Invasion of Imagination

Actress Tara Chiusano comically dives into the cake presented before her, refraining from breaking character as the audience laughs. “The character Mary was a hilarious comic relief that sort of broke the awkward tension between other characters which I really enjoyed,” Alex Hardgrave said. (photos courtesy of IU Theatre)

Hues of purple and yellow lighting take up the whole of the dark theatre, allowing the audience to imagine what might take place in the next two and a half hour. The set pieces depict an era that is not the current one, but instead the 19th century in posh towns of England. A single chandelier hangs from the ceiling, suddenly becoming the only source of light as the others dim, notifying the audience that the show is to start. Knees bounce. Coughs break the silence. Imaginations swirl with the … Read More »