While the tidal wave of sexual assault allegations within the realm of gymnastics may have subsided since 2017, those involved in reporting the stories share their experiences from the time in order to educate young journalists.

IndyStar journalists Tim Evans and Bob Scheer were two of the reporters that broke the original story about Dr. Larry Nassar, a USA Gymnastics doctor who was convicted of sexually molesting hundreds of young girls. The two journalists traveled to the High School Journalism Institute at Indiana University to inform students about their reporting experience.

“Really since early 2016 to the end of last year, the three of us worked on it almost full time,” Evans said. “Originally, Larry Nassar wasn’t on our radar. But over time, we kept pulling … Read More » 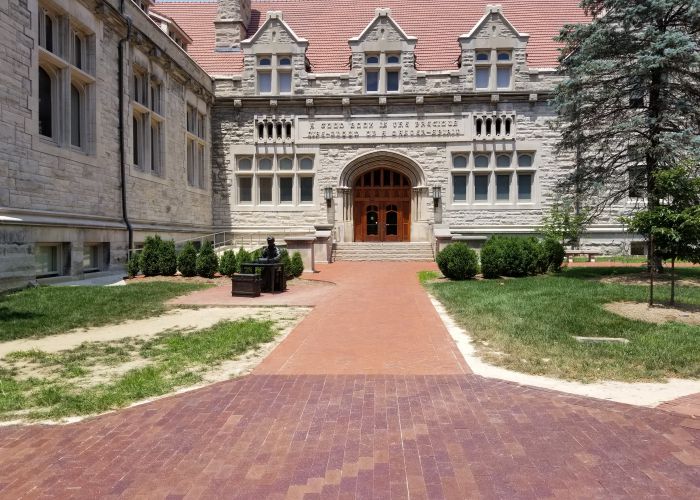 HSJI has been giving students opportunities to learn new ways to improve on their skills and to give new experience to incoming journalists, such as working in sports, news writing and also photojournalism and design. Melanie Delgado and Rahul Parikh are both students in the HSJI program.

“I decided to come to HSJI because of how well known it is for its journalist program. It also allows me to gain more experience in my field,” Parikh said.

Parikh has been working in the sports writing class and has been improving his skills, being able to look through new perspective angles. He has been able to learn about making the story more intriguing, able to change the format of the story, and able to find different perspectives from different sides of the … Read More » 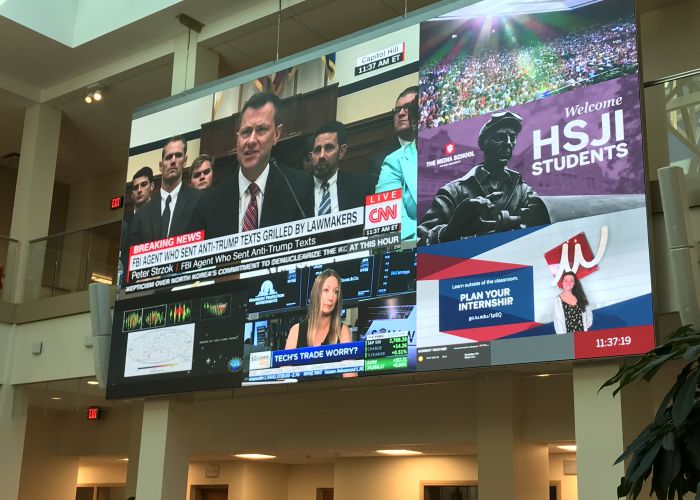 But as story about Nassar reached publication quality, Evans reached out to him for a comment. To Evan’s surprise, Nassar chose to invite him to conduct an interview, which … Read More » 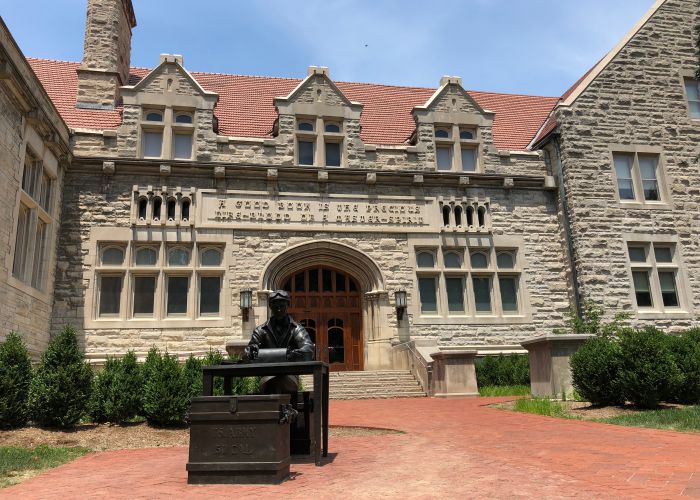 Ernie Pyle is one of the most famous journalists associated with IU, and his statue sits outside the new media school. Photo credit: Lizzie Allen

Rising senior from St. Louis, Missouri, Paul Gillam hopes to advance his editorial and writing skills at the High School Journalism Institute at Indiana University where he attends the Editor-In-Chief/Leadership classes.

Gillam attends HSJI because he will be the editor-in-chief of his high school paper this coming year. He traveled to Bloomington with four of his fellow editors.

“I’m here specifically so we can grow together and get to know each other better and start forming more of a community together,” Gillam said. “I also want to better my skills at learning how to manage a newspaper and work with people on such a big stressful project.”

Gillam, though not interested in a career in journalism, takes … Read More »

Journalists Speak Out About Investigation Into Convicted Child Molester

A sudden step into the limelight was not what the reporters at the IndyStar were looking for when they began investigating Larry Nassar. But it was exactly what they got.

Tim Evans and Robert Scheer were two members of the team of journalists at the IndyStar that investigated accusations of sexual assault against Larry Nassar, the former doctor at USA Gymnastics and convicted serial child molester. On July 10, speaking to a crowd of students at the High School Journalism Institute about the investigation, Evans said that the inquiry started out as an investigation into allegations of Indiana teachers covering up sexual misconduct with students. After receiving a tip that implicated USA Gymnastics in a Georgia court case, the investigation took a … Read More »

HSJI brings extrovert out of introvert 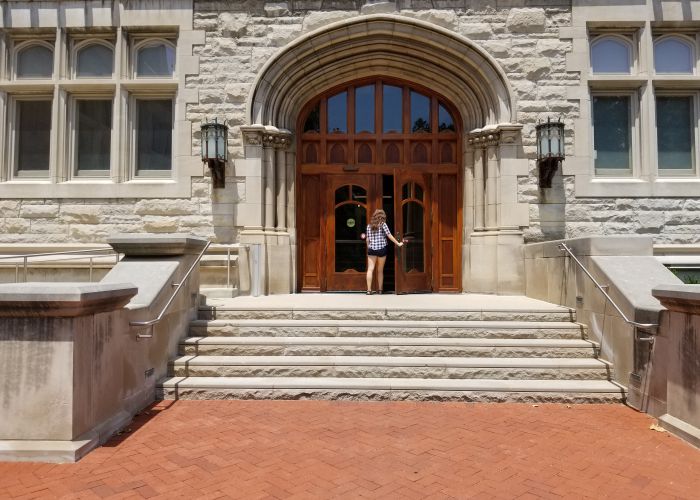 HSJI student walking to a class in Franklin Hall. Photo by Symonne  Stewart

As an upcoming senior, High School Journalism Institute student Lauren Winnefeld decided to enroll in HSJI in hopes of gaining a new experiences. She came to learn more about photography, but also learned about the social aspects of college.

Being normally quiet and introverted, Winnefeld believes  that HSJI has helped her broaden her social bubble and allowed her to talk to students from many parts of the country.

“I am a lot more comfortable to talk to people, even if they are complete strangers. They’re not that scary,” Winnefeld said.

When it comes to campus living and being away from her home in Bedford, Ind., she believes she is better prepared for living in the campus dorms. 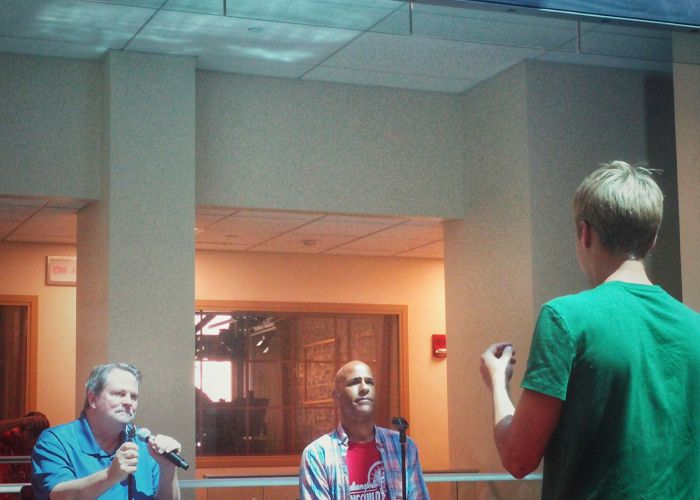 Women all across the country have banded together in the #MeToo movement to speak out against sexual assault after the conviction of Dr. Larry Nassar. Thanks to the reporting of Tim Evans and Bob Scheer, the movement has been on the rise.

Evans and Scheer, journalists from the IndyStar, helped spark the conversation about the abuse of athletes in the gymnastics industry. In 2016, the investigative team started researching a story that would become popular on a national and global scale in 2018.

On July 10, 2018, high school students enrolled at the High School Journalism Institute at Indiana University had the opportunity to interview Evans and Scheer.

Evans said during the interview, “I jokingly titled this ‘how a team of investigative reporters from a small newspaper stumbled … Read More »

Student journalists prepare for the future 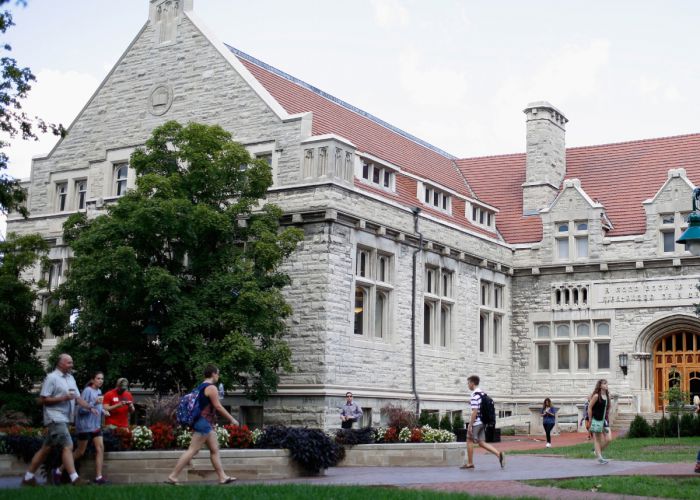 HSJI students spend their days at Franklin Hall, the media school at IU.

Evanston High School senior Ellie Garry is able to attend HSJI at Indiana University, which helps her adjust to the different experience of college. Garry believes that college is a big jump that leads to stress an uncertainty.

At HSJI, Garry chose the yearbook section considering that she is a yearbook editor at her current high school. During her time at the yearbook class, Garry is able to collaborate with editors from other high schools.

“I got to see the different ways people run their yearbooks,” Garry said. “It’s really interesting to see the similarities and differences of the yearbooks.”

Garry is passionate about art and design, which was one of the many reasons she chose to attend this program. Although she is not interested in a … Read More » 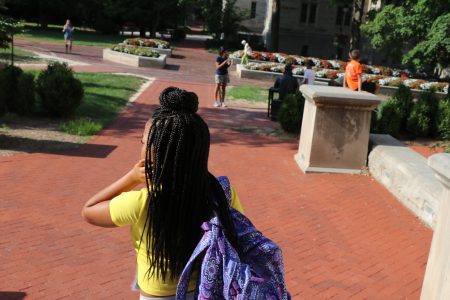 Participants of High School Journalism Institution discuss comparing the diversity between HSJI and their community.

Mercedes Ibanez is from California and her ethnicity is Mexican. She decided to go there because of a program over the summer called First Gen. She is taking photojournalism. At her school, there are mostly Caucasians and Hispanics. There are few Asians and almost no African Americans.

“I was so happy to be in such a diverse community here” Ibanez said.

When asked about how she felt about having most newspapers run by Caucasians, Ibanez said, “I feel like we should try to really get more diverse people into it to see the stories from different sides.”

Rahul Parikh is from Mason,Ohio. His parents were born in India but he was born and raised in America. … Read More »