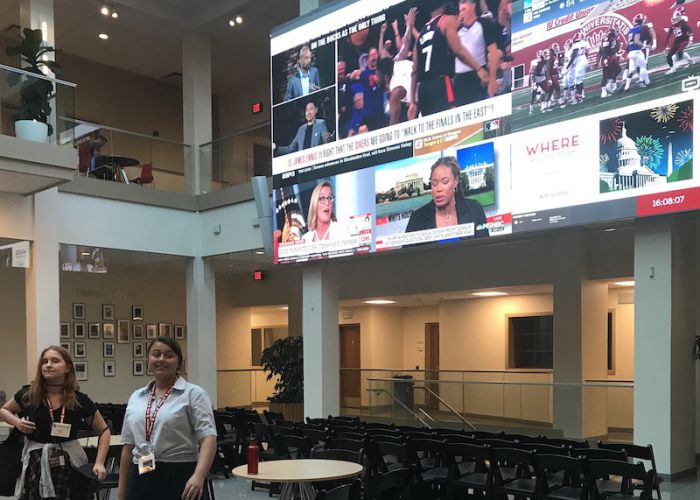 Several students from the High School Journalism Institute visited Franklin Hall during lunch on July 11 to casually talk with Indiana University journalism students and representatives about the Media School.

The event was headed by Assistant Director of Student Services Leya Taylor and Maria Cambone, and they received many questions about the honors school and direct admittance, as well as job opportunities and internships.

“This was a pretty informal event,” Taylor said. “[HSJI director] Teresa [White] just kind of asked us to come talk to students and, of course, we were happy to because we were both available. Everyone was really interested and asked a lot of great questions.”

Direct admittance to the Media School has specific requirements. A student must score either a 1310 on the SAT or a 28 on the ACT and have either a 3.70/4.00 GPA or rank in … Read More » 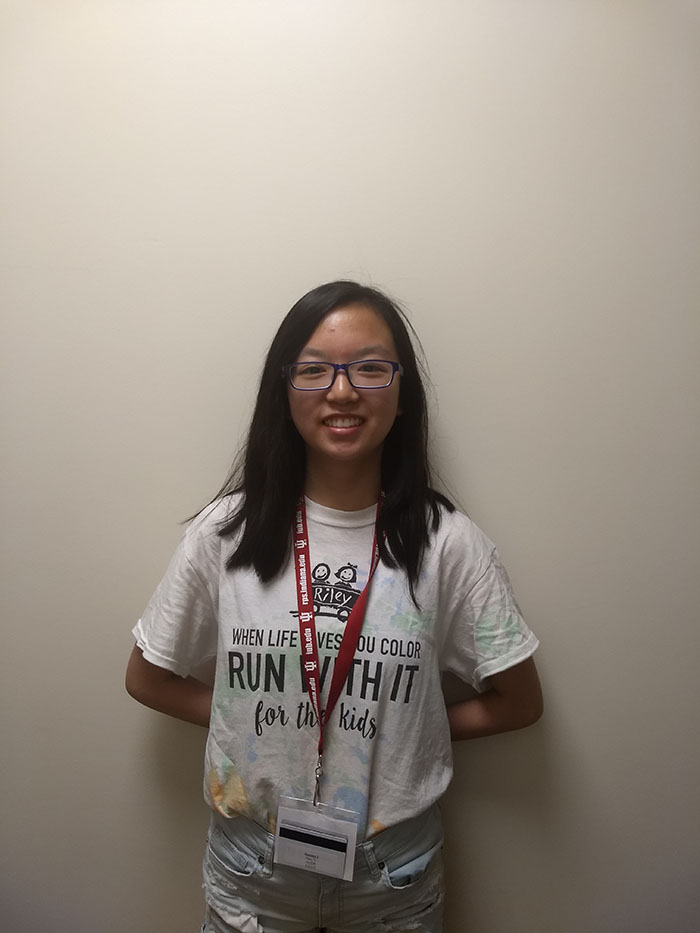 At a lecture on ethics on July 12, high school journalism students listened to Kathleen Johnston, founding director of the Michael I. Arnolt Center for Investigative Journalism, share her advice on reporting ethically.

“My first approach is [asking myself], ‘How would I like to be treated if I was in that position?’” Johnston said.

She talked about her experience with investigative journalism and ethics. She primarily detailed the experience she had working with Drew Griffin of CNN on a story about the lack of United States air marshals after the 9/11 terrorist attacks.

“It was interesting to hear someone else’s opinion on this and experiences of when there was an ethical dilemma,” Carmel High School sophomore Viyang Hao said.

Hao later explained that she enjoyed Johnston’s story and found it informative. Johnston explained how they kept the anonymity of air marshals willing to speak … Read More » 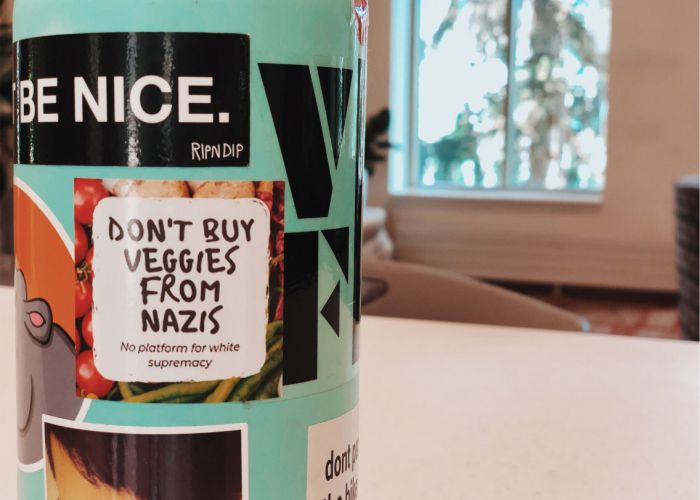 Identity Evropa has taken responsibility for discriminatory actions that have happened on campus. In 2017, … Read More » 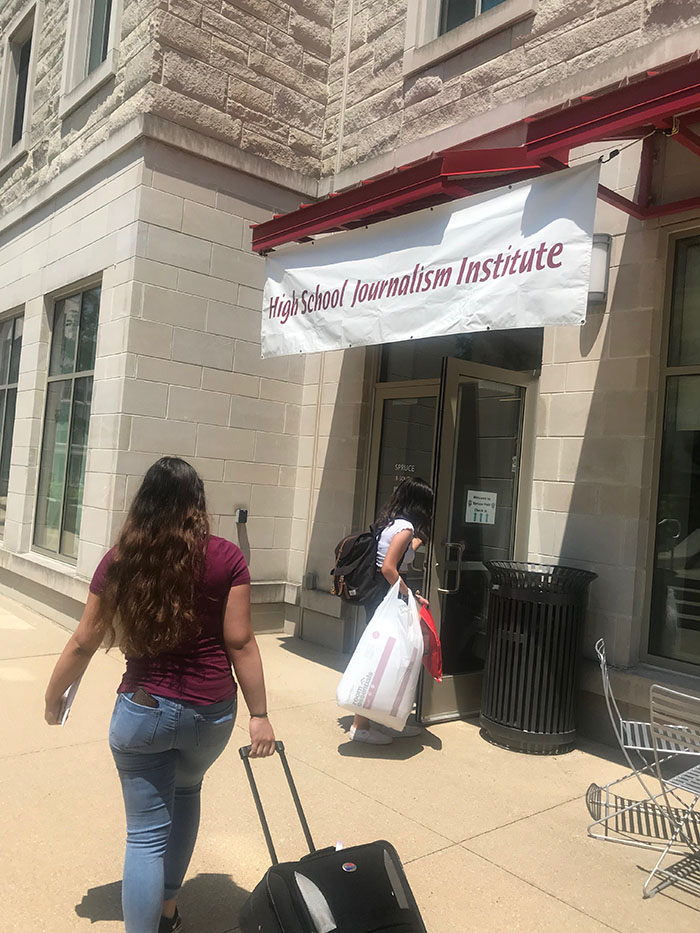 “This is my second year at HSJI, and I am grateful for everything I’ve been able to learn,” Perry Meridian High School senior Diana Pyle said. “My skills have definitely strengthened and prepared me for my upcoming year as editor.”

Students attend two classes a day and are separated by classification of interests such as writing, photography and leadership, as well as attending morning and evening lectures on topics like ethics or design by professionals in the field.

“I  strongly believe that this is a good camp and it can help younger journalists in the field…just for our lectures and even the people we meet,” Fishers High School senior Mya Ball said. 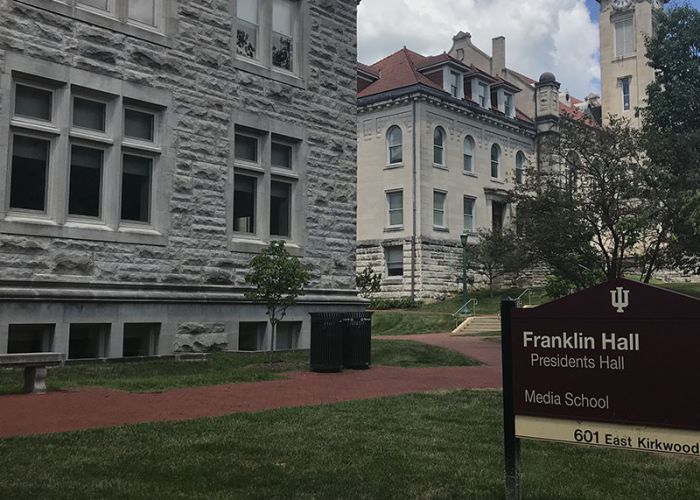 Students from across the United States gathered at Indiana University for the 73rd annual High School Journalism Institute (HSJI) on July 8. High schoolers stay in the dorms for a week and attend lectures and workshops similar to college classes.

Campers also had the opportunity to explore the university independently and during free time, whether that be going to the dining hall or visiting shops in downtown Bloomington.

The size of a school is a factor in the college process. FastWeb writer Elizabeth Hoyt lists campus size as the third most important factor in choosing the best fit college. Indiana University itself is a bigger school with more than 30,000 undergraduate students.

“It’s a lot of walking for sure,” Yorktown High … Read More » 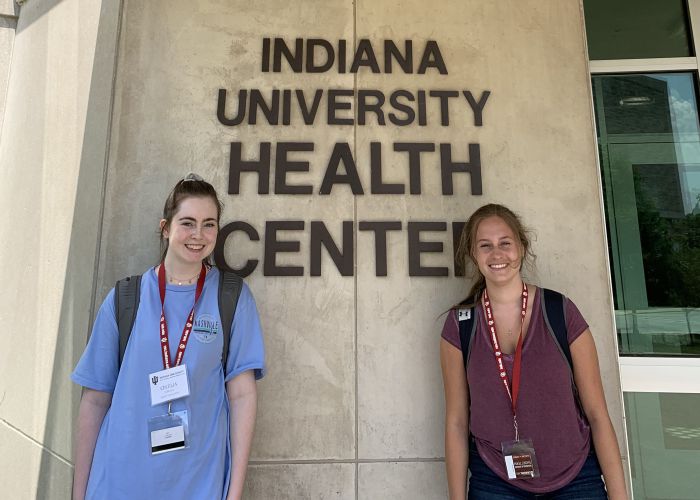 High School Journalism Institute feature writing workshop students investigated the sudden and contagious mumps outbreak and learned about the structure of a feature story as part of their week long camp.

The workshop began with adviser and teacher Claire Burke introducing her class to the differences between writing news story and writing feature stories, which Los Lomas High School senior Kate Beeby said was very helpful to her.

“I have only ever written news stories, so Claire educating us on news versus features helped me,” Beeby said. “She also taught us how to properly structure a quote in a way directly correlating to feature stories, which was new to me.”

During the classes, Burke also taught her students how to organize a feature story, and the class worked collaboratively while reading numerous stories and editing each other’s articles.

“Most of the class the teacher … Read More » 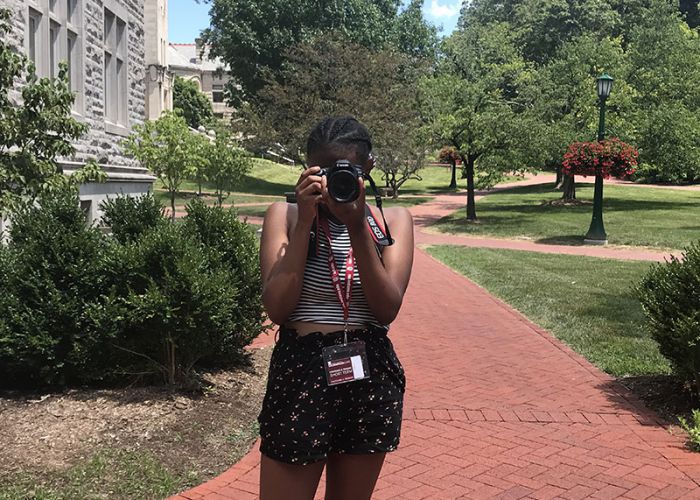 Jeff Gabbard, the adviser for Intro to Photography at High School Journalism Institute, wanted to teach students how to take different photos.  Gabbard had already showed his students how to take photos in a press conference style environment, but he knew day-in-the-life would allow for more experiences.

This is why he made his students pair up with another student from a different class and follow them around for a day, taking pictures of their routines.

“I made the students make a photo essay,” Gabbard said.  “That way, they take photos … Read More »

The entire crew spends months preparing for a show, starting even before the actors show up. These people all have individual backgrounds and … Read More »

It’s finals week, and many students are looking for nearby cafes to study and finish their homework. Students have different types of studying habits whether it be in a room filled with lots of people and noise or in a secluded area that is filled with silence.

IU student Nikki Fisher enjoys her Starbucks drink as she works her homework.

“Once a month I come to Soma for a change in scenery instead of being on campus all of the time,” senior Hannah Perkins said. “I also come to enjoy the coffee, wifi and to get some studying and homework done.”

Many students don’t just go to coffee shops for studying. They also go to them to relax and hang out with friends.