A Man With a Plan 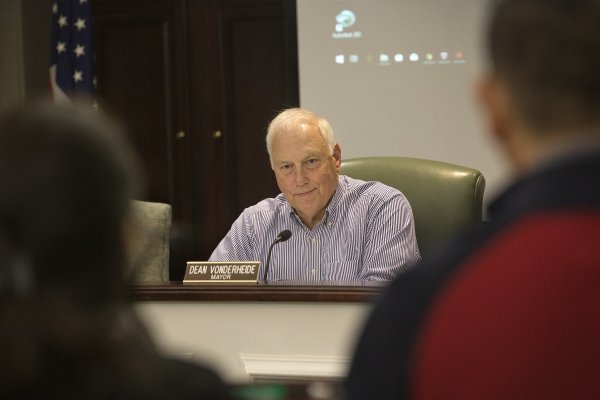 Dean Vonderheide of Jasper, Indiana has always fulfilled the goals and objectives he has set in his life. Ever since his playing days on the football field for the Indiana Hoosiers, he has always had a very calculated approach to life.

Now he brings that approach to the mayor’s office in Jasper.

The story starts in DuBois County, Indiana, where Mayor Vonderheide was raised. He excelled on the football field and dreamed of playing at the collegiate level; the first major goal he achieved. Despite attention from various midwestern universities, he still chose to attend Indiana University, due to its proximity to Jasper, gorgeous campus, and prestigious football conference. IU is still a major part of his life, as he served for one term as president of the I Association (for letterwinners) and still tries to keep contact with his teammates and … Read More »

All About the Culture 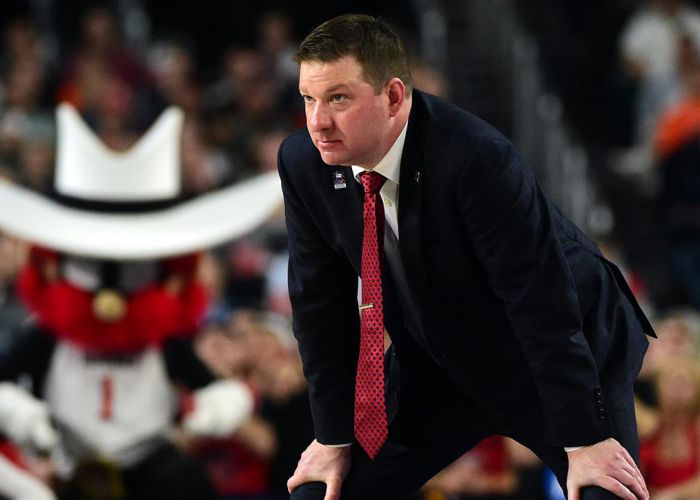 Football first, everything else next. That’s the reputation of Bishop Chatard athletics in Indiana circles. For years, other Bishop Chatard sports have been overshadowed by the football team in every way. And for good reason, too; the Trojans have amassed a state record 13 football championships over the years, compared to just two in all other IHSAA sports. Trojan basketball has never specifically been terrible, but the interest level among students and fans could be described as minimal. A new coaching hire could change all of that.

Enter Taylor Wayer. He replaces Brian Shaughnessy as head coach after he stepped down last spring after 15 years at the helm. A 2010 Chatard grad and former Indiana Hoosiers walk on, Wayer will be just 28 years old during his first season coaching the Trojans. That isn’t to say he is inexperienced. He … Read More »

In it to lose it 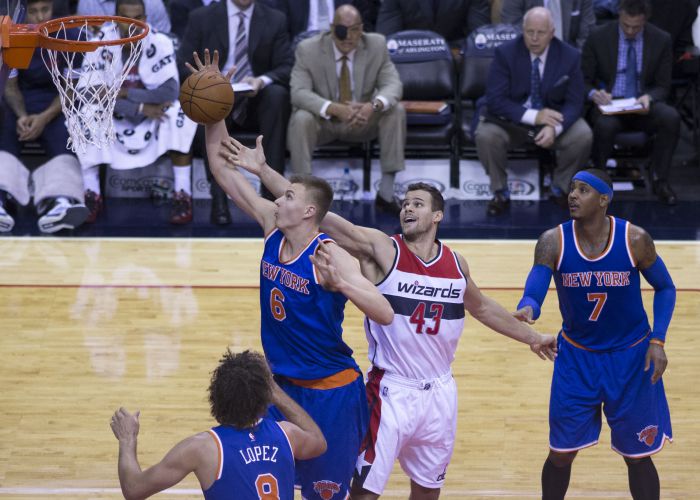 In 2019, the NBA decided to change its draft order policy, giving the teams with the three worst overall records the same, 14%, chance at the number one pick. However, this would not be the first time the NBA changed it’s draft order policy.

First, in 1966, the order was decided by a coin flip. Then, by the pulling of an envelope from a hopper; this gave all non-playoff teams an equal chance at the top pick. The league would then change the policy three more times before the current policy introduced in 2019.

It was a terrible year for New York Knicks fans. With franchise star, Kristaps Porzingis, out for the season with a torn ACL, no one expected much from the Knicks this season. What they expected less, was that Porzingis would be traded in the middle of the … Read More »

When you drive up to the Culver’s on 3rd Street in Bloomington, not much seems out of the ordinary. The typical script logo, hints of the chains iconic blue and white colors, and the infamous blue awnings are all there to greet you. An ordinary Culver’s, on an ordinary street, in an ordinary town. As you enter the restaurant, you’ll come up to the counter to see an ever so typical menu filled with various burgers, desserts, and sides which would fit in at any other restaurant.

After you order your food, sit down at your ordinary table with other ordinary customers, you’ll eventually see him. Whether it be bringing you your food, your drink, or cleaning up tables, a 6’6”, 66-year-old extraordinary man in an otherwise ordinary establishment will catch your eye. That man is John Laskowski, who was on … Read More »

No Matter Where ‘Super Sub’ Goes, His Loyalty and Passion Follow

When young John Laskowski was seven years of age, his father took him to an Iowa vs Indiana basketball game. When Laskowski got up and cheered for the Iowa Hawkeyes, his father told him, “Son, you’re from Indiana…no matter where you live, you’ll always be a Hoosier.”

Although Laskowski’s father passed away about a year afterward, this lesson stuck with John. Whether he was playing ball at Indiana, for the Chicago Bulls, or operating his Culver’s franchise, he always stayed humble and loyal to his home.

While playing basketball with the Hoosiers, Laskowski never saw himself as too big for his shoes. The South Bend native would spend all three years of his playing career at IU coming off the bench as the Hoosiers’ “sixth man.” A February 1975 Sports Illustrated issue was released, featuring Laskowski in the IU crimson scoring a … Read More »

Richard Dennen Takes Ideas Learned from IU into His Profession 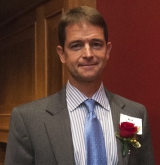 During his time as an Indiana Hoosiers swimmer in the early 1980s, Richard Dennen was very much in a solitary environment — just himself and the water. There was no denying his success after being team captain and placing 3rd at the Big Ten Championships. He has been able to take this, as well as his sense of hard work, into his profession: President, CEO, and founder of Oak Street Funding in Indianapolis.

The 2014 Z.G. Clevenger Award winner says that he didn’t develop a passion for his work until he began working for himself.

“It is much more satisfying to me,” says Dennen. “You get the return for your efforts; it’s not lost on someone else.”

Dennen also believes the work ethic of his teammates and himself on the pool deck were able to translate into the workplace. Being a high-achieving Big … Read More »

How Golf Can Impact a Career 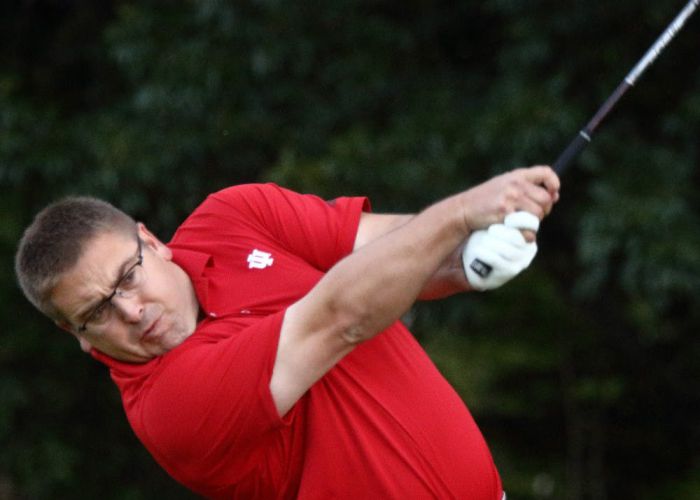 On July 22, 2018, Aaron Harrell broke the previous record for the Bedford City Golf Championship at Otis Park by a total of 13 strokes, finishing with a 22-under par 266. While on the surface, Aaron’s score is incredible enough, the story behind the score is even more awe-inspiring.

Aaron’s rise to golfing prominence began in middle school, when he chose to quit baseball in favor of golf. “Around middle school is when I started to get burnt out on baseball. I had to choose another sport and golf was it.” Aaron’s decision paid off, as he went on to become a four-year letterwinner at Bedford North Lawrence High School and qualified to compete at the USGA Junior Amateur in Portland, Oregon in 2000.

Aaron continued his success into his college career, participating in the NCAA East Regional in his sophomore year, … Read More »

The End of a Dynasty: Why the Warriors Won’t Make the Playoffs This Season 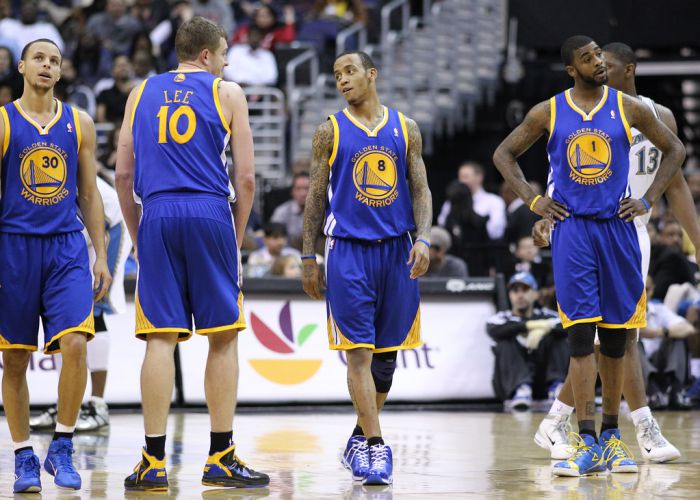 Five straight NBA finals appearances. Three championships in the last five years. Six straight fifty win seasons. It’s safe to say that the Golden State Warriors have been the crown jewel of the NBA ever since the fall of the Heat superteam. However, with the departure of Kevin Durant to the Brooklyn Nets; the devastating ACL tear which Klay Thompson suffered in Game 6 of the NBA Finals; and the Western Conference arms race which has resulted in the Rockets, Jazz, Clippers, Lakers, Nuggets, and Pelicans all adding significant assets to their roster, things are going to be much more difficult for the Warriors this upcoming season.

From free throws to fryers: How a life in basketball has helped John Laskowski in the restaurant industry

A man named John walks around his Culver’s restaurant. He’s the owner. He greets “the regulars,” cleans tables, and asks customers if they want refills. Seems like extra good service for any restaurant, especially since it’s provided by the owner. You never would have guessed that he played professional basketball.

Laskowski was a part of a legendary Indiana Hoosiers squad in college. His 1975 squad lost on game all season, a team Coach Bob Knight still believes is the best he ever coached (even better than the undefeated ‘76 Hoosiers.) He spent two seasons in the NBA with the Chicago Bulls before entering a legendary 33-year tenure broadcasting Hoosier basketball, while simultaneously pursuing business interests.

Speaking of business interests, he opened the Culver’s franchise in Bloomington in November of 2018. He spent four years preparing for … Read More »

A Family Man’s Journey: How IU Alumnus Patrick O’Connor Traded in a Life in the Water for One in Sport and Recreation Insurance Management 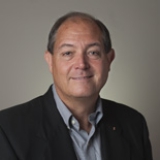 The clear, glistening water of Royer Pool reflects in Patrick O’Connor’s eyes as he lines up for his heat of the 200 IM. As he takes a quick gaze to his left and right, waiting for the starting official’s gun, he mentally scouts out his competition. Tall, lanky Big 10 swimmers stand imposingly on their starting blocks, framing their race in their mind as they mentally plan out each stroke and flip turn. O’Connor takes his eyes off his opponents, gives his arms a quick stretch, and bends over at the waist to complete his starting position, grabbing a hold of the small protruding extension of the platform. As he closes his eyes, he hears a          b a n g           and dives majestically into the water as he and 7 other … Read More »