Growing up most families spend the month of December partaking in family traditions such as; making Christmas cookies, building gingerbread houses, decorating the Christmas tree, going to see lights in the city, drinking hot chocolate while watching Christmas favorites on television, and the list could go on. However, this was not the case growing up for Phia Foley, an incoming Senior at Martinsville High School. Phia spent every Christmas season, starting in first grade through freshman year, performing in the Yuletide Celebration at Hilbert Circle … Read More » 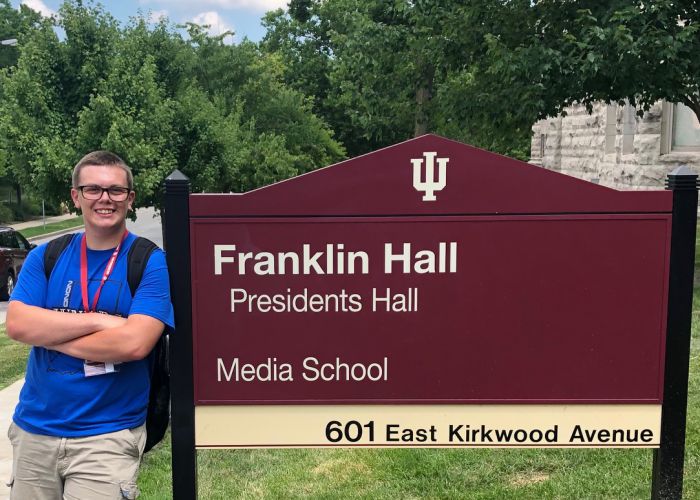 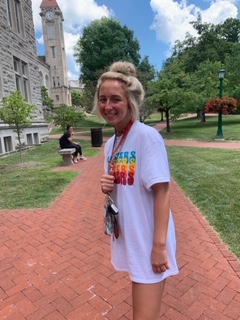 How Kuhlman Found Herself Through Yearbook

Crown Point Senior, Grace Kuhlman, is able to be herself through her participation in yearbook. “Yearbook at our school makes you so unapologetically yourself because you’re around so many people who are just so upbeat and happy all the time.”

A fun hobby from middle school soon turned into a toxic part of high school for Grace. Even with cheer being such a big part of her life for so long, she was unhappy when it started to lead her in the wrong direction as a person. After a semester of dealing with her new problematic cheer team, her photo journalism teacher got her into yearbook. Getting involved in the program was a decision that steered her life in a better direction.

Grace is grateful for her photojournalism teacher, Mrs. Keene, who got her into … Read More »

Impact of The Region 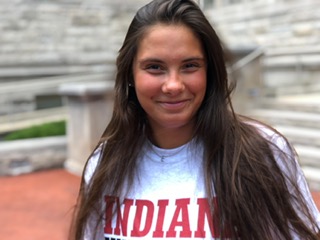 Allie Smith, a senior at Crown Point High School, is able to use yearbook to express herself and the people around her. “Yearbook has been a big part of my life for several years now.”

Allie Smith says she’s from Chicago because it’s the nearest city to Crown Point, Indiana, her hometown. Many like to describe their origin as The Region. Allie said, “The Region consists of the seven or eight towns surrounding Crown Point. All the high school kids get along really well and all hangout. There is of course a rivalry between all the schools, but in the end we all get along.”

Allie, who used to run cross country and play basketball, found that yearbook was a perfect hobby to showcase her knowledge of The Region and people/places around her. Her success in … Read More » 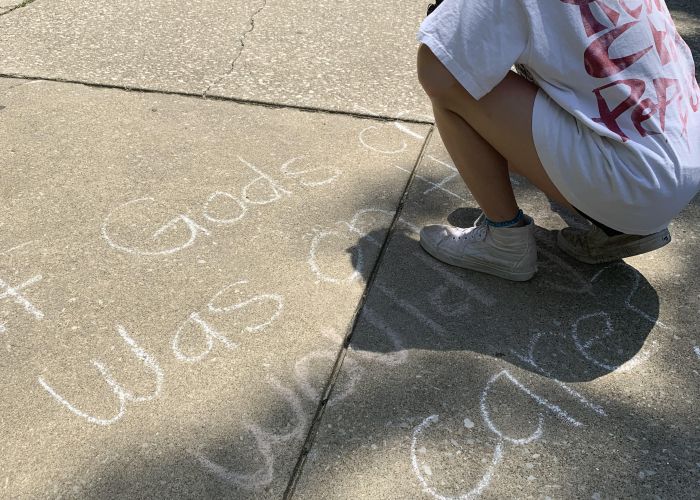 Mia Augsberger, rising senior at Crown Point High School, writes in chalk on the sidewalk. “I’ve kinda learned that taking care of others will not only make you feel good but you’ll be taking care of the community as well,” Mia said. Mia has discovered her values through joining her new church’s youth group.

Altruistic action has been a common theme through both the work and the passions of Mia Augsburger. Until joining “Young Life,” a national non-profit church youth group, Mia didn’t feel that connected to her faith.

Before, she was a cheerleader and a social media editor for her school, Crown Point. Before Young Life, she wanted to go to college and go into media, but these are no longer certainties, for Mia, that’s exciting. Last year, Mia … Read More » 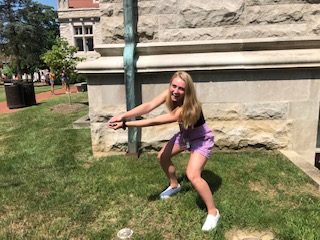 In fifth grade, Kailee moved to Pennsylvania and met some of her best friends to date. For the four years she resided there, she built strong bonds and watched as her friends grew. It is clear that the move from Pennsylvania … Read More »

Goes the Mile for the Smile 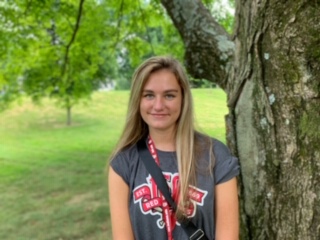 Sara Nelson, a junior at Carroll High School, taking in the good weather in the beautiful nature setting. “I care so much about the planet we live on, and not only how it affects us but how it affects other species.”

A happy and bubbly girl who can also be slightly nervous in some situations, Sara Nelson is most importantly the type of person who cares about the way she interacts with other people and the change she can make in the world. Nelson sincerely cares about making sure that those around her feel appreciated and cared for.

Since she was little she was the person who wanted to make whoever she talked to smile. “ I have always loved the entertain people so I would write … Read More » 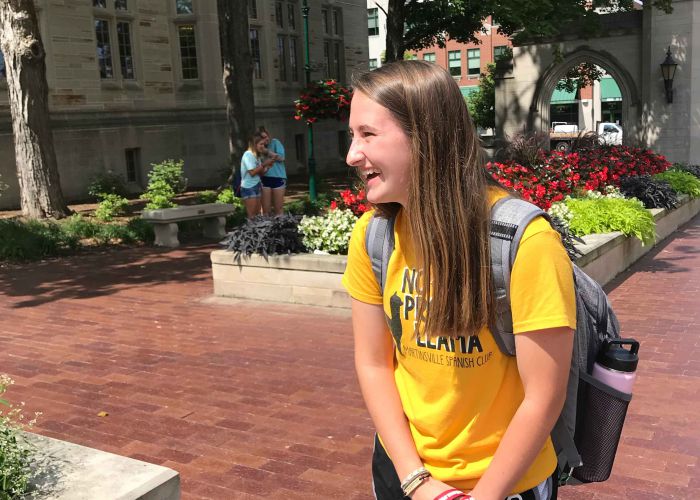 Martinsville senior finds happiness on the court and with her pigs

For most high school students, spring and summer are a time to relax, but not for this Martinsville High School junior! Erica Hedrick doubles up on hobbies, which  are in season mainly during the spring and summer months. Hedrick is involved with showing pigs and playing tennis. While these are not often paired together, Hedrick has maintained a balance and love for these hobbies.

Hedrick started playing tennis in the sixth grade, and now being a junior in high school, she says she’s been playing for about six years. Throughout her sophomore year, Hedrick played varsity second doubles. While playing tennis has been a big part of Hedrick’s life for many years, she shared that after high school it will likely become just a hobby. 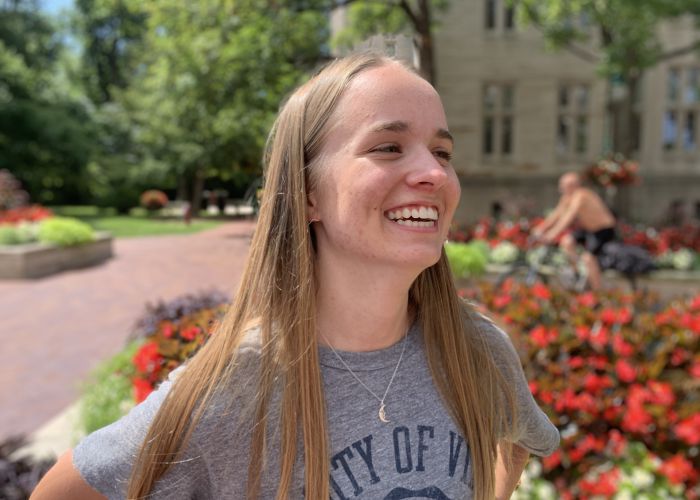 Senior Maia Briggeman tells the story of how golf came into her life and the unexpected impact it made.

As a girl who’s laughed her way through life, Maia Briggeman (12) took on a new activity going into her freshman year to fill her free time but wasn’t necessarily planning on taking it seriously. She later realized that much of her time would go into her newfound love for this activity, and it would continue to fill her spare time for the rest of her high school career at Evanston Township in Chicago, Illinois.

“I really just picked a random sport at the beginning of my freshman year. I don’t really like sports that much or balls that are coming at me, so I just thought, ‘Golf is cool, I guess.’ It started mostly as a joke because I was so bad. … Read More » 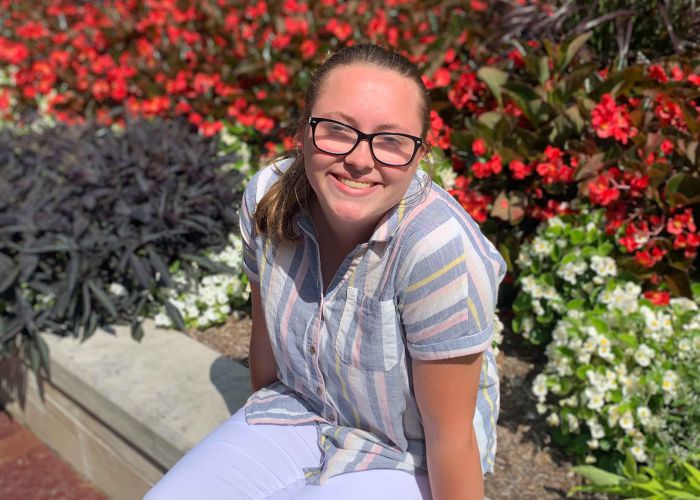 Future teacher plans to jumpstart her career by skydiving

Alydia Waggoner (12) sits outside of Franklin Hall in Bloomington, Indiana. Waggoner is originally Jennings County, Indiana. Jennings is partaking in a Journalism Program at Indiana University, but wants to pursue Purdue University for college.

Throughout high school, most teenagers adapt the same mindset: doing the most with the time they’re given and making as many memories as possible. For Alydia Waggoner (12) it’s all about chasing new thrills and trying new things. Waggoner, like most kids her age, looks forward to turning eighteen and having the freedom to try things she couldn’t try before. Her first stop? Jumping out of a plane. Waggoner has never even been on a plane, but plans to quite literally jump right in, or out, of it.