For instance, the renowned talking-plant, Audrey II, comes to life thanks to the puppeteer, Michael Bayler, a … Read More »

An urgent need to repurpose 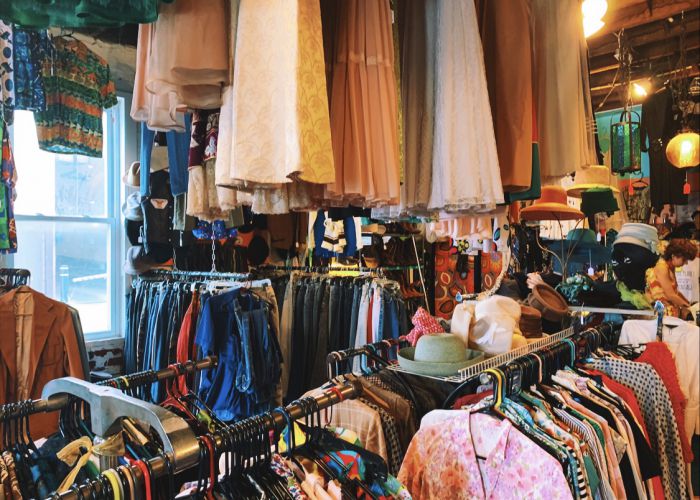 To read our article on sustainable clothing efforts in Bloomington and see our photo collage, click below.

To learn how you can be more sustainable and become aware of current efforts and crises, check out this Padlet.

To learn more about Bloomington vintage stores, take a look at our Canva!

A Triplets True Self 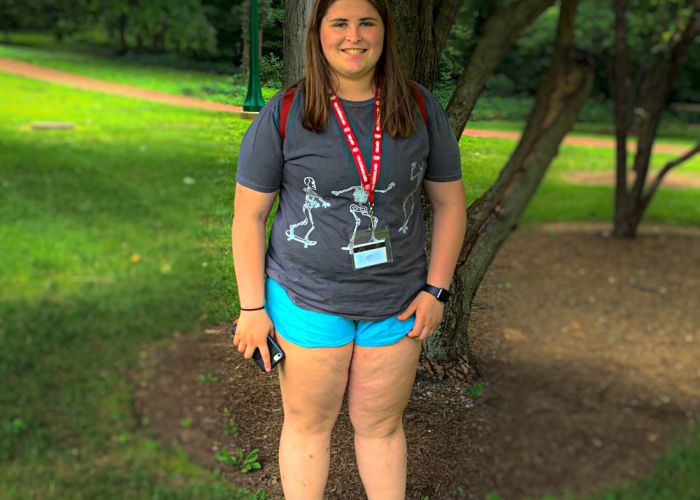 Junior Meghan Maguire from Evanston Township High School in Illinois. Meghan, a triplet, enjoys time away from her sisters at the beautiful Indiana University Bloomington campus for the HSJI workshop. “I came to HSJI to help make my school’s yearbook more advanced and better looking for future year,” said Maguire.

Meghan Maguire finds ways to be different than her sisters

Some people say they see Meghan Maguire quite often, as if there were more than one of her. When, in fact, there are two additional Meghans, her sisters Nancy and Jenny. The three are triplets and were born on September 25, 2002. What separates Meghan from her sisters, and also separates Jenny from Nancy, is the fact that the three have different interests that are unlike their sisters’. Despite popular view that triplets (and twins) are joined at the hip, … Read More »

Jonathan Michaelsen teaches the real world on the theatre stage

“Artists take the world and internalize it and give something back,” Artistic Director and Theater Department Head of Indiana University Jonathan R. Michaelsen said. For Michaelsen, giving back is what his career is all about.

Michaelsen began his career at IU 12 years ago but has been participating in and teaching theater all his life. Throughout his journey, he has discovered that teaching is his ultimate passion. He considers himself lucky to be able to teach yet still allow students to develop on their own. One of the best parts of his job is allowing the students to have creative freedom with how they go about learning the role of the character and how they problem solve.

IU produces an average of three shows during the regular school year but also puts on shows for the summer theatre program. For … Read More »

With 24 competing teams at Indiana University – Bloomington, the most popular sports teams, which also happen to be the only two teams that bring in revenue, are football and men’s basketball. Although football and men’s basketball generate a large portion of the revenue from ticket sales and TV programs, the money isn’t kept within the sport. But instead it’s the athletic department’s revenue and they decide how that’s going to be … Read More »

“The IU athletics department, where I work, created a … Read More »

The audience's role in theatre

Students and community members visit the Wells-Metz Theatre to enjoy “Sense and Sensibility.”

Jonathan Michaelson, Chair of the Department of Theatre, Drama, and Dance at Indiana University, dedicates his time to the theatre.

Robbie Stanton, a costume designer for Indiana University, explains his part in bringing the show to the audience.

Jenny McNight and Grant Goodman, hired equity actors, are performing in “Sense and Sensibility” and “A Midsummer Night’s Dream.”

“If we work well together, we’re better,” Jonathan Michaelson, the chairman of Indiana University’s Theatre Department said. The truth of this statement resonates, not just with thespians, but also with audience members.